A new report from the Chartered Institution of Water and Environmental Management (CIWEM) has found although plastics in the marine environment have received worldwide attention, it is estimated that more than half of microplastic losses remain in soils when wastewater sewage sludge is used as fertiliser and when particulates are washed from road surfaces.

Whilst the damage to the marine environment should not be overlooked, the authors believe we should be looking further upstream for both pollution and its’ prevention.

Microplastics are tiny particles that form from the weathering and breakdown of larger plastics or that are released in the form of manufactured beads, granules and fibres. The largest proportion arise from the washing of synthetic textiles and from the breakdown of road markings and tyres from driving. They can then be transported via the wind, through surface waters and sewers, and by rivers.

Microplastics have the potential to accumulate in the environment and the ability to release harmful chemicals which can then be transferred to water, sediments and organisms. Scientists also believe they may provide a medium for exotic species and pathogens to grow.

Where microplastics reach wastewater treatment plants, research has shown that treatment processes can be highly effective with reductions between 97 and 99 per cent. Yet due to the large volumes of wastewater that are processed, millions of microplastics are still being released back into the freshwater environment each day in effluent.

“Urgent measures are needed to address plastic and microplastic pollution at source, as once released into the environment there are few, if any, practicable means by which these pollutants can be removed.“

“Although the government’s proposed ban on manufacturers including microbeads in ‘wash off’personal care products is welcome, these are a minor contributor to the overall problem. Most plastic pollution originates from the mismanagement of waste or is unintentionally lost. The government should therefore focus on producing a new plastics’ strategy to improve product design and substitution, extend producer responsibility and support deposit return schemes.” 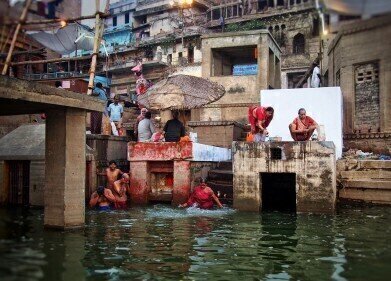