Where Is the Worst Location for Microplastic Pollution?

The island archipelago of the Maldives is the worst location for microplastic pollution in the world, according to a new study from Flinders University in Australia. Published in the journal Science of the Total Environment, the research concluded that the concentrations of microplastics found at 22 sites off the coast of Naifaru were higher than anywhere else in the world.

Those behind the study said that much of the pollution was likely to have been swept there by the currents of the ocean from nearby countries such as India, but the contributions of domestic waste generation should not be underestimated. The news is troubling from an environmental perspective, since microplastics are dangerous for the animals which live in the surrounding waters and the people who call the Maldives home.

The Maldives has international fame for its status as a luxury travel destination, with idyllic pictures of crystal-clear waters and pristine sandy beaches adorning the windows of travel agents around the UK. It might come as a surprise, then, to learn that those apparently unblemished waters are saturated with tiny pieces of plastic no bigger than 5mm in length.

By analysing 22 different sites around the largest island in the archipelago, the researchers found that concentrations of microplastic pollution reached over 1,000 particles per kg in some areas. That’s almost double the nearest competitor of Tamil Nadu in India, which recorded just over 600 particles per kg. Other areas of the Maldives recorded similarly exorbitant concentrations.

A victim of their own success?

It’s believed that much of the blame for the explosion in microplastic contamination must lie with the inadequacy of waste disposal methods on the islands themselves. The recent success of the country as a travel hotspot has seen its waste generation per capita shoot up 58% in the last ten years. Given that the existing infrastructure simply can’t cope with the rise, it’s unsurprising that pollution has resulted.

Of course, not all of the problem can be explained away by the Maldives’ insufficient sewerage and waste disposal systems, nor its land reclamation policies. Ocean currents are also thought to be responsible for transporting waste from neighbouring countries in the Indian Ocean, such as India, Sri Lanka and the Arab Gulf nations.

Because the majority of the waste items found during the study were found to have a diameter of under 0.4mm, they pose a serious risk of ingestion by marine fish and mammals. This can damage their internal organs and create the illusion of a satisfied appetite, despite contributing nothing in the way of nutrients, vitamins or minerals. Microplastic pollution can also disrupt breeding and migratory patterns, as well as trapping organisms in the waste.

It's not just the animal kingdom which is at risk from this ubiquitous contaminant, either. Although scientists are still working to understand the effects of prolonged exposure to airborne microplastic pollution, we do know that certain items can leach toxic gases into the air. It’s believed that when inhaled over an extended period of time, these can weaken the immune system, compromise cardiovascular health and even contribute to certain kinds of cancers. 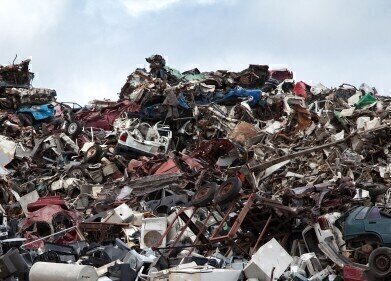