Reinventing gas to hydrogen conversion for a greener future

More than 95% of the hydrogen produced worldwide today is derived from thermolysis of fossil fuels. Reforming of natural gas is by far the largest source of hydrogen, accounting for around 80% of hydrogen production. When combined with carbon capture and utilisation, or storage (CCUS) low-carbon hydrogen, or ‘blue’ hydrogen is produced.

In a paradigm shift away from conventional reforming processes and post-combustion CCUS, Nu:ionic, a start-up based in Atlantic Canada, has a new take on hydrogen production. Their process uses catalytic microwave reforming of methane to generate hydrogen. Methane consumption is reduced by about 30% compared to conventional reforming techniques, resulting in low cost, low carbon hydrogen.

Traditional Steam Methane Reforming (SMR)
A traditional SMR is fed with methane from natural gas or biomethane and steam. To drive the reaction kinetics, heat energy must be applied at a high temperature. This is achieved by burning natural gas in air to heat the outside of the reactor tubes. Approximately 75% of the natural gas flows through the reactor and the balance of 25% is fired in the burners.

In regions where there is an abundance of natural gas and CCUS is possible, this natural-gas intensive process for hydrogen production can be viable. If, on the other hand, renewable electrical power is plentiful, then the use of the gas to fire the process might not be the most economically and environmentally sustainable option; electrical heating could be preferred.

The New Paradigm: Microwave Catalytic Reforming
Jan Boshoff is the CEO of Nu:ionic Technologies, a company based in New Brunswick in Eastern Canada. Boshoff says that “using microwaves from renewable power instead of burning natural gas or biomethane to create the energy required for the reforming reaction can reduce gas consumption by 25 to 30%. It also reduces the fossil fuel footprint by a similar amount. By eliminating the fired heater, which is the most polluting part of steam methane reforming, through electrification, we are reinventing gas conversion for a cleaner future.”

Beyond the reduction in methane consumption, the process has an almost instantaneous ramp rate. That means it is ideal to be combined with variable renewable power, such as wind or solar.

“The innovations that we have packed into our process go beyond the microwave”, says Boshoff. “The catalyst must allow the microwave energy to freely flow through it. We do use a Nickel based catalyst because that is a readily available metal, but the trick lies in our choice of catalyst support and the way we have mounted the catalyst on that support.”

Hydrogen Anywhere
It is hard to imagine what could derail the development of the emerging hydrogen economy. Positive sentiment and momentum related to the use of hydrogen as a renewable energy vector are at an all-time high. The conviction to use hydrogen will stimulate major infrastructure investments, such as hydrogen distribution pipelines. Liquid hydrogen storage and distribution networks may also emerge. However, the infrastructure is not yet in place.

Boshoff adds that “all you need to operate the Nu:ionic hydrogen generator is water, methane, and power. These utilities are ubiquitous today and mean that we can put hydrogen in the places where it is needed, even before the hydrogen transmission and distribution infrastructure is ready. We are jump starting the hydrogen economy.”

The Bigger the better
Boshoff is keen to see his company’s technology develop further. “We will be building a 1 tonne per day hydrogen reformer this year, that will have a 500kW microwave unit and will be based on our proven pilot plant in New Brunswick, Canada.”

The track record of the team at Nu:ionic is remarkable. Boshoff himself was a senior executive at Sasol with responsibility for gas conversion to synthetic fuels processes. His co-founder and CTO, Jim Tranquilla, is a renowned world leader in applied microwave technology with more than 40 years of expertise under his belt.

“In addition to our openness for financial sponsors, we are looking for strategic partnerships”, adds Boshoff. “We believe that the decarbonisation focus, biomethane availability, CCUS readiness, and the gas / power cost mix in many European and North American regions will be highly compatible with our process.” 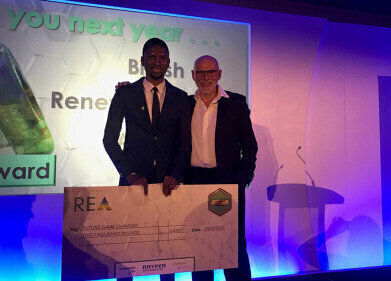 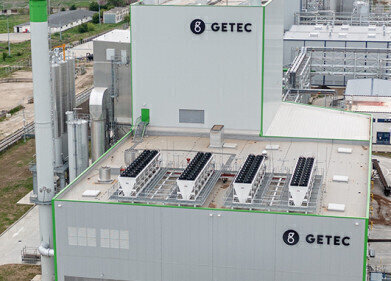