Suomen Lantakaasu Oy, a joint venture between Valio and energy company St1, is planning to build Finland's largest biogas production plant in Upper Savo, Finland. The Ministry of Employment and the Economy has granted EUR 19.2 million in funding for the construction of the plant, which will use dairy farm manure and agricultural by-products to produce renewable, liquefied biogas for use as transport fuel. The plant is expected to have an annual production capacity of 125 GWh and to be operational by 2026. The goal is for Suomen Lantakaasu Oy to produce a total of 1 TWh of renewable transport fuel, which is equivalent to 25% of Finland's biogas target by 2030. St1 will distribute the biogas through its own network of fuelling stations for heavy-duty vehicles.

The project has progressed steadily throughout the year, and with the investment grant now secured, the next step is to start tendering for the construction of the plant and to begin a more detailed plant design process. The project will move to the investment decision phase once the necessary environmental and construction permits have been obtained. Agricultural companies in the Upper Savo region are currently being approached with letters of intent, as the manure and agro-biomass they generate can be used to produce liquefied biogas. To date, more than half of the manure feedstock required for the central plant has been secured through these letters of intent, but more agricultural businesses in the region are needed to become agro-biomass suppliers. There has also been interest in the potential satellite plants in the surrounding areas, and next year, letters of intent will be signed for these as well. The aim is for the hybrid plant in Upper Savo to eventually serve hundreds of farms.

When completed, the biogas plant will bring significant investments, tax revenue, and new economic activity to Upper Savo. The plant complex will create employment opportunities, both directly and indirectly, such as for logistics operators in the region. The targeted production capacity of 1 TWh would be equivalent to 100 million litres of traditional diesel, and the production plant in Upper Savo alone would be equivalent to 12 million litres of diesel fuel. This means that biogas production will reduce food production and transport emissions, and the biogas value chain will efficiently recycle nutrients and decrease nutrient run-off into water systems. In addition, biogas production will have a positive impact on farm profitability, as well as measures that improve the nutrient cycle.

Biogas has the potential to quickly grow its market share as a fuel for heavy transport. It creates significant climate benefits and helps to increase Finland's energy and fuel self-sufficiency. "Market growth will enable the production projects and, at the same time, will increase Finland's energy self-sufficiency in the transition to a low-carbon energy system," says Matti Oksanen, Director of St1's Gas Business. Biogas production is part of Valio's climate program, which aims to achieve a zero carbon footprint for milk by 2035. It also plays a key role in St1's energy transition and the company's goal of becoming carbon neutral by 2045.

SEM, a leading developer and operator of environmental technology solutions, has won the top prize of $100,000 in the Artisanal Mining Grand Challenge: The A...

Remediation of heavy metals from mine tailings in the Amazon

Any industrial or commercial workplace where hazardous substances are stored or handled runs the risk of spillage. While preventing spills from occurring is...

When hazardous substances are spilled, extra special care and attention must be taken to ensure that the danger is minimised to those exposed to the contamin... 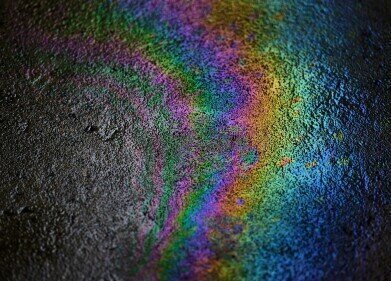 When hazardous substances are accidentally spilled, they can endanger the health of the people and animals exposed to them through physical contact, inhalati...