The “thumb” of Michigan, outlined by Saginaw Bay and Lake Huron, is a peninsula rich in lakes, rivers and streams. Due to the sensitive territory, areas with limited resources have found it challenging to reach state-mandated wastewater discharge permit levels. Once such example is the village of North Branch (population 1,035), who faced issues with too-high phosphorous in their four-pond facultative system. SolarBee solar-powered mixers from Medora Corporation were used as the solution to their problem.

The village is primarily residential, with a few small factories and relatively little agriculture. North Branch’s permit level for phosphorous discharge is 1.0 milligrams per liter (mg/L), which is normal for the state but “stringent,” Seaman (wastewater treatment plant operator) said, for the village. Before installing the SolarBee circulators, phosphorous discharge levels were well over this, between 2.0 and 4.0 mg/L. This could be down to various different reasons such as detergent phosphorous, which is regulated but not banned in Michigan.

Seaman purchased his first SolarBee mixer both to mix the water and disperse ferric chloride in pond 2 (which has a surface area of 4.2 acres, a maximum depth of 12 feet, a 10-million-gallon volume and an average daily flow of 0.03 million gallons). A chemical injection pump on shore pumps the chemical to the SolarBee mixer, which spreads the chemical throughout the pond. Injecting chemical at the machine is the fastest way to disperse it through the lagoon. Seaman initially considered dispersing chemical from a boat, but rejected the idea as too time-consuming and cumbersome.

Meanwhile, the mixer’s long-distance circulation technology soon brought the pond to within discharge permit levels. In a facultative pond, the mixer creates a horizontal and vertical pattern that improves distribution of oxygen, algae, bacteria and nutrients. During the day, supersaturated oxygen in the top two feet is captured and mixed deeper into the pond. At night, when the surface is below saturation oxygen, surface re-aeration occurs, and atmospheric oxygen is mixed into the pond

Following this success, Seaman purchased a second mixer for pond 1 (which has a surface area of 1.3 acres and a 3.5 MG volume) to enhance ammonia and phosphorous reductions and eliminate short-circuiting. For over three years, phosphorous concentrations have remained below 1.0 mg/L, so Seaman has not needed further applications of ferric chloride. In fact, the circulators are helping to further reduce biochemical oxygen demand (BOD), from a high of 49 mg/L before the circulators were installed to an average of 14 mg/L BOD when discharged.

“The main thing that the SolarBee units do now is keep sewage blended and the dissolved oxygen numbers up,” Seaman said. “I honestly believe that, for the dollars, this is one of the cheapest treatment processes you can put in your lagoon. Maintenance is almost zero, and if we do have a problem, anytime I have called them, [SolarBee representatives] always get right back to me.” Helping to keep Michigan’s peninsula streams clean is a thumbs-up for Seaman and the village of North Branch. 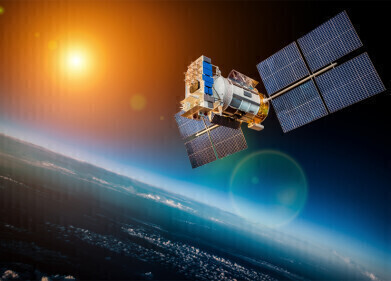