What Is the Environmental Impact of Flooding?

Flooding is a natural phenomenon. It has occurred since records began and will continue to do so. Generally, the benefits yielded by floodwater to the environment have outweighed the negative aspects. For example, flooding can help to redistribute valuable minerals from riverbeds to swathes of agricultural land, thus restoring the fertile topsoil needed for effective growth. This sediment can also help to keep land above sea level, by replenishing the top layer of dirt and preventing subsidence. However, flooding can also have negative impacts on the environment. This can negatively affect both the flora and fauna in the surrounding areas, leading to starvation, contamination and widespread death.

Many insects and smaller mammals are particularly vulnerable to flooding because the excess water and rainfall interrupt their hibernation patterns, deprive them of a food source and can even drown them. Those thought to be most at risk include badgers, voles, hedgehogs, caterpillars and earthworms, all of whom are deprived of their habitats and sometimes overwhelmed by the volume of water.

The drowning of earthworms may not seem a huge cause for concern in itself, but such a decline in species population can have a huge knock-on effect on the food chain and the animal kingdom as a whole. Were earthworms to suffer a fall in population, birds that feed upon them would be immediately affected – leading to a domino effect for other forms of wildlife. In fact, earlier this year, severe flooding in the south of the United Kingdom prompted fears for the future of the country’s wildlife.

Even more concerning, however, is the human factor – which can lead to unprecedented levels of pollution.

In areas of dense human residency, floodwater can be devastating for the surrounding ecosystem. This is because the excessive levels of water can disrupt sewage systems, thus delivering raw sewage into the environment – which is dangerous because of the increased level of bacteria and pollution that will become present in lakes and other natural ecosystems.

Agricultural chemicals, including fertilisers and pesticides, as well as other pollutants such as paint, gasoline or diesel, can find their way into the habitats of wildlife, spelling out grave problems for their inhabitants. The exact same floods that were beneficial to maintaining healthy topsoil minerals can prove disastrous if they carry with them contaminated water. Affected soil and other sediment can become attached to grass or plants, even after the floodwater has receded, which in turn is ingested by grazing animals such as sheep and cattle.

The 2015 Water Framework Directive, initiated by the Environment Agency, seeks to address the problem of contaminated ecosystems as a result of flooding. This article, The Best Way to Clean up Flooded Lakes and Reservoirs, goes into some of the finer points of the Directive, discussing the best methods of improving water quality and putting an emphasis on conscientious management and forward-thinking investment. 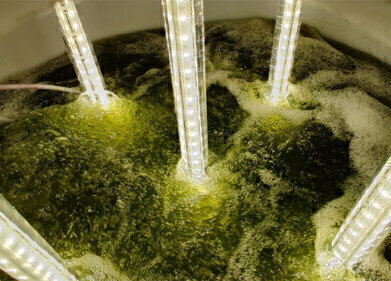