How Do Rivers 'Breathe' Greenhouse Gases?

Intuitively, rivers seem like they are a symbol of nature, vitality and a healthy planet. However, the pollution which has been allowed to infiltrate many waterways around the world – especially those in urban environments – could be compromising the green credentials of rivers, instead turning them into chief contributors of some of the most damaging greenhouse gases.

Those are the findings of a new study from Hong Kong, which analysed emissions of carbon dioxide (CO2), methane (CH4) and nitrous oxide (N2O) from 15 rivers in the New Territories. The research revealed that all the bodies of water involved in the study had become oversaturated with the three greenhouse gases, resulting in elevated emissions into the atmosphere.

Undertaken by scientists from the Department of Geography and Resource Management at the Chinese University of Hong Kong, the study involved 15 waterways from across the New Territories. These expansive areas of farmland, mountains, parks and wetlands are often viewed as the lungs of the diminutive city state, but the results of the research painted a different picture.

On average, the saturation concentrations of CO2, CH4 and N2O were 2.2, 1.5 and 4.0 times higher than the least polluted examples involved in the study. More concerningly, the concentrations of those gases were up to 4.5 times greater than their atmospheric counterparts. With nowhere for the contaminants to go, they were inevitably released into the air, thus contributing to global warming on a not insignificant scale.

The emissions emanating from rivers and lakes is often overlooked by those attempting to boost our environmental performance on a global scale. Cumulatively, it’s thought that rivers are responsible for discharging 3.9 billion tonnes of CO2 into the atmosphere on an annual basis, which is four times the amount produced by the entire aviation industry. Meanwhile, waterways contribute as much as 50% of atmospheric methane and emissions of N2O from rivers exceed those caused by anthropogenic activity by 10%.

Of course, the root causes of these emissions can be traced back to humans in the end. Discharge of untreated wastewater into bodies of water, agricultural run-off and other sources of pollution are to blame for the elevated concentrations of the gases, which is why the best way to clean up rivers and lakes has become a subject of considerable concern for the scientific community in recent years.

What can be done?

Since we know where the pollution comes from, it should theoretically be possible to combat it. Tighter legislation surrounding wastewater treatment and effluent discharge should be brought to bear, while farmers must also be encouraged to observe environmentally friendly means of agriculture that take into account the impact of their activity on the surrounding area.

Additionally, protecting rivers by installing buffers and barriers between them and the surrounding land could mitigate the worst effects of the pollution. Of course, keeping tabs on the contaminants themselves is always a chief concern in understanding the scale of the problem, which is why monitoring methane levels is just as important beneath the surface of the water as it is in the air we breathe. 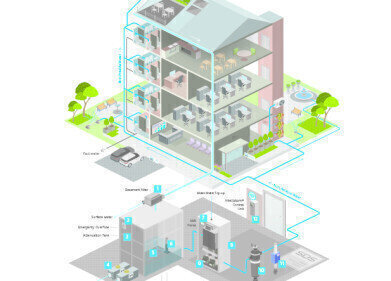 Could Smart Water Reuse and Flood Management Technology be a vital strat... 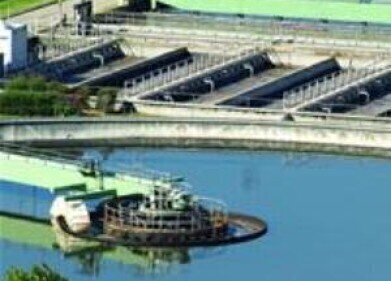 Industrial wastewater is facing tougher regulation, and tighter limits on nutrient discharge are being imposed to secure the quality of waterways. This inc...

Can making use of nutrient discharge from wastewater be used to make new... 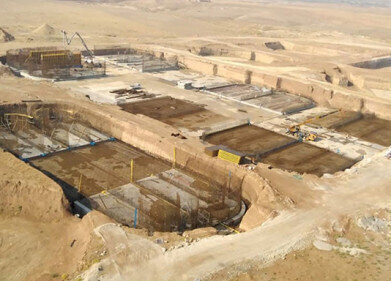 Estruagua is awarded one of the municipal wastewater treatment projects in one of the largest cities in Iraq. The scope of supply will be 8 units of Titan...