Placement of the CVTH, which weighs approximately 659 tons, was completed at 9:36 a.m., China Time, on March 29. It was manufactured by Shandong Nuclear Power Equipment Manufacturing Company Ltd. in China’s Shandong province.

The setting of the CVTH for Haiyang Unit 1 is another significant step this year in Westinghouse’s delivery of China’s four AP1000 nuclear power plant units, following the successful placement of the CVTH at Sanmen Unit 1 on Jan. 29. The achievement further demonstrates the company’s commitment to the safe, high-quality and efficient delivery of its AP1000 plants worldwide.

“This is a notable milestone in our delivery of Haiyang Unit 1, and represents the solid progress that we continue to achieve at the site. Multiple pieces of critical equipment were required to be manufactured, tested and placed into the containment vessel before the setting of the CVTH could be accomplished,” said Deva Chari, Westinghouse senior vice president for Nuclear Power Plant Project Delivery.

“We are pleased to mark this milestone with our partners, suppliers and customers, and to continue to work closely with them to bring the benefits of the AP1000 plant technology to the citizens of China,” Chari said.

Westinghouse and CB&I signed landmark contracts with Chinese customers in 2007 to provide four AP1000 pressurised water reactors in China: two in Sanmen in Zhejiang province, and another pair in Haiyang in Shandong province.

Westinghouse Electric Company was referenced in the following research papers 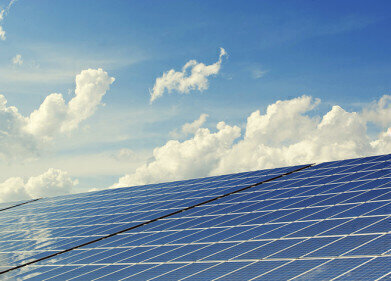