With climate change an increasingly ominous threat on the horizon, governments around the world are now taking concerted steps towards reducing their national emissions of carbon dioxide, methane and other greenhouse gases. The UK, for example, became the first major economy to introduce legally binding legislation that mandates achieving carbon neutrality by 2050 – and plenty of other nations have since followed suit.

However, the road towards a decarbonised society is a long and difficult one, with the goal so distant that it may seem like an impossibility to many people. That’s especially true given the rising global population, the increasing energy demands of the human race and the polluting system of fossil fuel combustion upon which we currently rely so heavily. Nonetheless, we must not allow ourselves to lose sight of the ultimate objective and make sure put in place measures to achieve it. Here’s what must happen to make decarbonisation possible.

The electricity produced from oil, coal and gas combustion powers our homes and businesses – but it also produces an exorbitant amount of carbon emissions in the process. As a result, we must switch to cleaner forms of energy generation, such as solar, wind, wave and biomass. Meanwhile, nuclear power is another alternative form of energy that is currently being explored for its sustainability and safety potential.

Of course, the most sweeping changes on this front must be introduced by the government in the shape of subsidies, investments and other financial aids for renewables. This will incentivise people to make the change in their own daily lives. In 2020, the UK made history when renewables accounted for the largest share (37%) of electricity consumption for the first time; while that’s an encouraging statistic, it must continue on that upward trajectory in the future.

While electricity is very important for lighting our homes and powering our appliances, it’s far from the only consideration. Thanks to the variable climate experienced in the UK, heating is another major source of carbon emissions and we must also seek to transition to more energy-efficient means of keeping ourselves warm.

Some countries are blessed with enormous geothermal potential; the USA is the biggest producer of geothermal energy, but it comprises just a small fraction of its overall heating demands. In Iceland, it accounts for over 90% of domestic heating. The UK has been a little slower off the mark in this respect but is now investigating the energy source, while it is also a market leader in energy-efficient technology such as heat pumps.

The final piece of the puzzle besides electricity and heating is mobility. Traditionally, our vehicles have operated via the use of petrol and diesel combustion engines, which are effective but damaging for the environment. It’s therefore necessary to switch to cleaner means of getting around, such as electric vehicles (EVs), hybrid vehicles and those powered by alternative fuel sources, such as biomethane and hydrogen.

Again, this will require a collective effort from individual consumers to alter their lifestyles so as to minimise their carbon footprint as much as possible. Walking or cycling is the ideal method of getting from A to B, with public transport the next best thing. EVs and other sustainable means of transportation are urgently needed for tackling the emissions associated with the sector, too.

Decarbonisation is the term given to the reduction of greenhouse gas emissions into the atmosphere. The biggest contributor to this issue is carbon dioxide,...

Why Is Decarbonisation Important?

A new study has revealed that tumble drying a load of laundry releases almost the same amount of potentially harmful microfibres into the air as those releas...

Thousands of tonnes of air pollution could be reduced by changing the wa...

Valio and Atria were the first in Finland early this year to test Bovaer®, a feed additive made by the Dutch company DSM. The additive has proved to reduce... 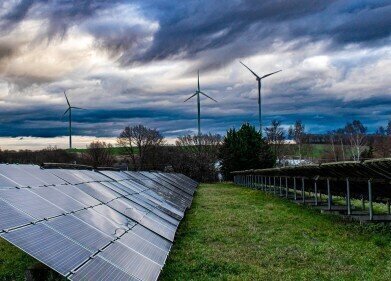 Unless you’ve been studiously avoiding the news for the last 10 years or so, you’ll likely have come across the term decarbonisation. While most people h...