A plant more commonly used for herbal shampoos could be used to clean oil-contaminated soil, according to a new report.

Soapnut, from the soapberry tree, is known for its foaming and antimicrobial properties, but a team of scientists in Edinburgh found it could be a low-cost way to decontaminate soil in industrial areas.

Diesel oil contamination of soil and groundwater can occur due to pipeline leakages, accidental spills or leakage from storage tanks and automobiles.

Any diesel oil spill has serious, adverse effects on soil and plants, making it difficult to grow crops. The high risk of groundwater contamination poses a serious health risk for people living nearby.

Professor Bhaskar Sen Gupta from Heriot-Watt University tested three materials to find out how effective they were at removing oil from soil: soapnut, rhamnolipid, a commercially-available microbial product and EDTA, a synthetic industrial cleaning chemical.

Professor Sen Gupta said: “We showed that soapnut is comparably effective at removing diesel from contaminated soils - it removed 39.3% of the oil in a single wash from a soil column."

“It’s a low-cost plant material that’s completely safe for humans and animals, so agriculture or gardening is possible immediately after the cleaning phase."

“It’s biodegradable and doesn’t corrode the soil or alter its pH."

“EDTA, on the other hand, is globally popular as a remediation and cleaning agent, but it degrades soil and harms its microbial community.”

The team tried batch and column experiments to mimic ex-situ and in-situ cleaning methods. While batch washing could be twice as effective, reaching up to 88% oil removal, it has very high costs due to material handling and transport of the soil.

In fact, column washing could achieve the same success by repeating the process, and it means the soil doesn’t have to be moved anywhere.

Professor Sen Gupta said: “Batch washing removes the most diesel, but it may not always be a realistic option due to the enormous costs of removing and transporting soil from the contaminated site."

“There are brownfield sites around the world that could be remediated and restored, not only for environmental benefits but to safeguard public health."

Heriot-Watt University was referenced in the following research papers

Almost two-thirds of the world’s arable land is in danger of pesticide pollution, according to new research carried out by the University of Sydney in Aust...

Oxidizer Systems Immediately Available for Your Next Remediation Project...

One size does not fit all when it comes to using biochar for soil remediation, according to researchers who used the Canadian Light Source (CLS) at the Unive... 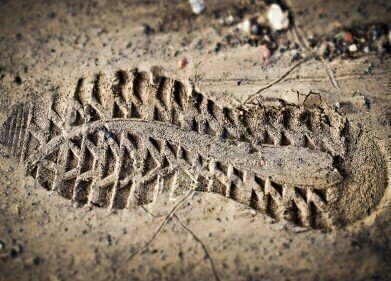 Microplastic pollution may be having a devastating impact on mites, springworms, ringtails and other microscopic organisms which live in soil. Although these...