EU on track to meet or over-achieve Kyoto emissions target

The EU is on track to deliver on its Kyoto Protocol commitments for reducing or limiting emissions of greenhouse gases, the European Commission’s annual progress report on emissions shows.

The latest projections indicate that the EU-15 countries will meet their 8 per cent reduction target under the Kyoto Protocol. Out of the 12 remaining EU member states, 10 have also individual commitments under the protocol. It is projected that they will reduce their emissions to 6 or 8 per cent below base year levels. This will be achieved through a combination of policies and measures already taken, the purchase of emission credits from projects in third countries, the acquisition of allowances and credits by participants in the EU Emissions Trading System (EU ETS), and forestry activities that absorb carbon from the atmosphere.

Environment Commissioner Stavros Dimas said: "These projections further cement the EU’s leadership in delivering on our international commitments to combat climate change. They show the EU-15 is well on track to meet its Kyoto target for 2008-2012. And with the EU climate and energy package adopted earlier this year we have already put in place the key measures to reduce our emissions much further to at least 20 per cent below 1990 levels by 2020. No other region of the world has yet done this."

"But a 20 per cent cut is not enough to prevent dangerous climate change, and that is why the EU has pledged to scale up our reduction to 30 per cent, provided other major emitters contribute their fair share to an ambitious global climate agreement in December in Copenhagen. It is crucial that our partners in the industrialised world and the big emerging economies live up to their responsibilities."

Kyoto commitments
There is no collective target for EU-27 emissions. Under the Kyoto Protocol, the 15 countries which were EU member states when the Protocol was agreed (the EU-15) are committed to reducing their collective greenhouse gas emissions in the period 2008-2012 to 8 per cent below levels in a chosen base year (1990 in most cases). This collective commitment has been translated into differentiated national emission targets for each EU-15 member state, which are binding under EU law.

Ten of the twelve member states which joined the EU in 2004 and 2007 have individual commitments under the Protocol to reduce their emissions to 6 per cent or 8 per cent below base year levels by 2008-2012. Only Cyprus and Malta have no emission target.

Projections for EU-15 and EU-27
As announced in May EU-15 greenhouse gas emissions in 2007 - the latest year for which full data is available – were 5.0 per cent lower than base year levels. This contrasted with economic growth of around 44 per cent over the same period. For the EU-27 as a whole, emissions fell by 12.5 per cent between the base year and 2007.

Additionally, the European Environment Agency estimates that in 2008 emissions from the EU-15 member states fell further, to 6.2 per cent below their levels in the base year. EU-27 emissions are now estimated to be 13.6 per cent lower than the base year level.

The Commission’s progress report (Progress towards achieving the Kyoto objectives. Communication from the Commission, COM(2009) 630) shows that existing policies and measures – those already implemented – are expected to reduce EU-15 emissions to 6.9 per cent below base year levels in the commitment period 2008-2012. The report is based on the latest projections by member states, as compiled by the European Environment Agency.

The plans by 10 of the EU-15 member states to buy credits from emission-saving projects carried out in third countries under Kyoto’s three market-based mechanisms – international emissions trading, the Clean Development Mechanism and the Joint Implementation instrument – would result in a further emission reduction of 2.2 per cent. This would take the overall reduction to around 9.0 per cent (rounded value) and thus over-deliver on the EU’s Kyoto commitment. Acquisition of allowances and credits by EU ETS operators is expected to deliver a further 1.4 per cent reduction.

Planned afforestation and reforestation activities, which create biological ’sinks’ that absorb carbon dioxide from the atmosphere, would contribute an additional cut of 1.0 per cent. Additional policies and measures under discussion would, if fully implemented, bring further cuts of up to 1.6 per cent. This would take the overall reduction to around 13.1 per cent, giving a broad safety margin for achieving the 8 per cent reduction target.

All of the ten EU-12 member states that have a Kyoto target are projected to meet or over-achieve their Kyoto commitments.

Current uncertainty over the duration and severity of the economic recession, and thus its impact on emissions, could lead to the revision of projections in future once the outlook becomes clearer. Additionally, the projections of some member states may understate future emission reductions, as they do not yet take account of the EU climate and energy package adopted earlier this year.

Greenhouse gas emission projections need to be considered in the perspective of the effective reductions already achieved, which amounted to -9 per cent for the EU-27 and -4 per cent for the EU-15 between 1990 and 2007. Therefore, reduction efforts will need to accelerate substantially across the EU in the future if it is to meet its -20 per cent or -30 per cent target by 2020. 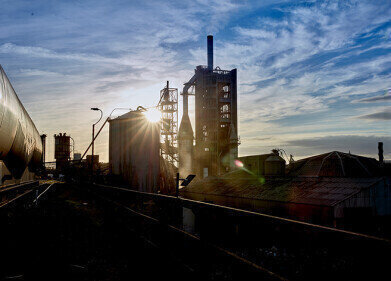 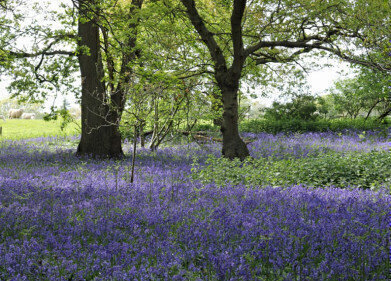