Carbon Plantations Ltd, a new business backed by Aether Energy Ltd, has received regulatory approval from the Forestry Commission for the UK’s first ever plantations of a new hybrid species of Paulownia in Norfolk and Suffolk.

While Paulownia trees are widespread in Asia, this new Paulownia variety is an infertile hybrid which has been bred to grow in the Northern European climate and can tolerate temperatures as low as -22C. It has already been grown successfully in plantations in Germany, Italy and Spain, as well as other continents.

The Paulownia tree is thought to be one of the fastest growing trees in the world, reaching up to 8m in five years, with an equally efficient rate of CO2 absorption. When grown in a properly managed plantation, Carbon Plantations predicts that it will capture over 60 tonnes of CO2 per hectare per year over its average 80-year lifecycle.

The infertile trees are grown from cuttings, so there is minimal risk of invasiveness. They are deciduous and will be planted alongside additional mixed native woodland species, designed to UKFS (UK Forestry Standards). The understory will be sown with a native grass seed mix enhanced with wildflowers and legumes to further boost biodiversity and attract pollinators, other insects and birds.

The land used for the plantations is mainly agricultural land which has previously been intensively farmed, with high inputs of pesticides and fertilisers. The soil, degraded over time, will benefit from regeneration and restructuring thanks to the deep roots of the Paulownia trees and the falling leaves which act as a mulch to enrich the understory. Over time the land will soak up more water reducing the risk of flooding, by naturally increasing its organic matter content.

As well as sequestering CO2, the Paulownia plantations will provide a locally grown source of hardwood timber displacing the need to import wood from abroad, including tropical hardwoods, and further reducing emissions from transport and logistics. The timber is both lightweight and strong, more fire resistant than other species, and does not warp easily. It also has good insulation properties, making it ideal for use in light construction, furniture making, industry, and other applications such as surf boards.

Overall 468ha will be planted across  four estates. While the exact proportions vary slightly on each site, the planting mixture will be approximately 75% Paulownia hybrids, 15% native woodland and 10% grassland as approved by the Forestry Commission.

Collectively the four plantations are expected to sequester over 1.5 million tonnes of CO2 over their 35-year minimum lifecycle. Carbon Plantations has a target of planting another 600ha of Paulownia each year for the following two years.

The first timber harvests can take place after six to seven years, when the plantation is thinned, with a 10-year cycle typically following. At the end of the plantation’s 35-year lease, it can either remain as permanent woodland or be returned to its previous agricultural use, in consultation with the landowner and the Forestry Commission, and subject to legislation at the time.

Planting is expected to start in May 2022. The trees will be supplied by WeGrow, the leading European specialist in sustainable tree development, who will also oversee the initial planting of the plantations supported by a local team of silviculturists and agronomists.

Tree cover in the UK is far lower than its closest neighbours – just 13% compared to the European average of 38%. Through its England Trees Action Plan the government recently set a target of trebling tree planting rates in England to 7,000ha per year by the end of Parliament, increasing to 30,000ha across the UK by 2025.

Carbon Plantations was referenced in the following research papers 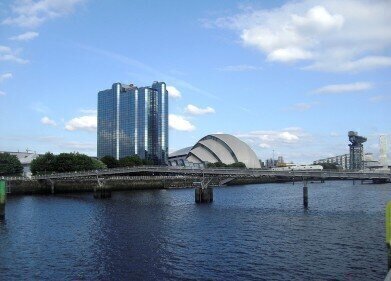 With COP26 now on the cusp of reaching its conclusion, world leaders from all across the globe are putting the finishing touches to the collective agreemen...