One unfortunate consequence of human activity and industry is the environmental impact it entails. Although water and air pollution might hog the lion’s share of media headlines in this respect, soil pollution is just as serious a problem. For that reason, remediation of contaminated areas is a prerequisite to using them for crop cultivation, human habitation or other purposes.

As our knowledge surrounding the issue of contaminated soil has increased, so too have the number of options at our disposal for solving the problem. This article will serve as an introduction into the concept of soil contamination, how it can be remediated and the ways in which the best approach for doing so is determined by scientists, site owners and industry experts.

What is contaminated soil?

When enough pollutants – such as heavy metals, chemicals or hydrocarbons – are allowed to leach into soil, it will eventually become dangerous to human, animal and plant life. Not only do these contaminants disrupt the delicate balance of elements that is so important to stability in ecosystems, but it can even infiltrate water sources and potentially jeopardise human health.

One of the most high-profile cases of such a scenario occurred in the 1990s, when the Pacific Gas & Electric Company (PGEC) allowed unsafe levels of a chemical compound known as hexavalent chromium to contaminate the local drinking water supplies. PGEC were subsequently taken to court and forced to pay the biggest ever settlement in a direct-action lawsuit, with the story later memorialised in the film Eric Brockovich.

How can soil be remediated?

The ideal outcome when attempting to remediate soil is that the contaminants contained within it can be removed or reduced in concentration to a safe level. There are a variety of different sophisticated techniques which target this outcome, including bioremediation, thermal desorption, chemical oxidation, air sparging and soil washing, among others.

However, there are certain occasions when the soil in question is so contaminated that remediating it fully would either be impossible, impractical or prohibitively expensive. In such scenarios, a different type of remediation known as stabilisation (or containment) is sometimes deployed. This involves neutralising the bioavailability of the pollutants and immobilising them, thus partitioning them off from their surroundings and preventing the contamination from spreading further.

Which is the best form of soil remediation?

The answer to this question will vary depending on the specific circumstances of the contamination in question. Various factors such as the soil matrix, the type of pollutant, the concentration of the pollutant and the goal of remediation must be taken into account to arrive at an informed decision about which technique to deploy.

For example, hydrocarbon spillages are a persistent problem which can be effectively tackled using thermal desorption, since the elevated temperatures evaporate the pollutants in difficult-to-reach locations. This type of remediation was put to good effect in Germany recently, where the site of an ex-refinery was cleaned up to make way for a new Audi factory during the pandemic. 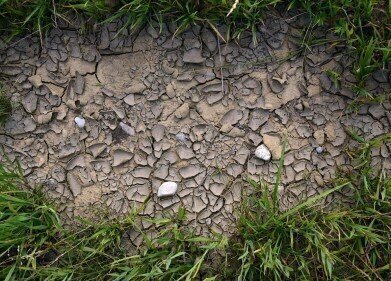