Anguil is thrilled to announce the official inauguration of the Anguil Environmental Systems Private Ltd headquarters in India.

Reducing air pollution could save millions of lives according to new research. The World Health Organisation reported that in 2012, around 7 million people died as a result of exposure to air pollution. You can find out more about the number of deaths caused by air pollution in the following article, EU Environment Watchdog Claims Air Pollution Kills Thousands in Europe Every Year.

This new research shows that air pollution is now the single largest environmental health risk, and has doubled previous estimates.

How does air pollution affect the body?

Air pollution primarily affects our lungs and respiratory organs. This form of pollution is so minuscule that is can bypass the tiny little hairs in your nose and travel into your lungs. In mild cases where exposure is low, it can cause irritation of the throat and nose. When the lungs are inflamed, this can result in wheezing and coughing.

Air pollution has also been linked to asthma and when children are exposed from an early age their lungs are at risk of not developing properly. In cases where pollution is particularly high, there is a correlation between an increase in acute respiratory infections and chronic obstructive pulmonary diseases.

However, the new research shows that air pollution now has a surprisingly strong link with cardiovascular diseases, which include strokes and ischaemic heart disease.

What is the difference between indoor and outdoor pollution?

When we think of air pollution we automatically assume of the outdoors, but according to the EPA, indoor pollution is two to five times more toxic than the outdoors. In some cases, the indoors has been found to be 100 per cent more polluted.

As we spend nearly 90 per cent of our lives indoors, it is important to understand what causes indoor pollution.

Poor ventilation is the main cause of indoor air pollution, as it increases the levels of toxins inside the home. These can include cooking gases, household cleaners, mould and mildew and heating. Radon is a toxic gas that comes from the earth underneath homes and can lay in building materials. Exposure to radon is the second-leading cause of the development of lung cancer.

Household cleaners contain toxic chemicals such as ethylene-based glycol ethers and terpenes. Ethers are toxins that are immediately poisonous, whereas terpenes interact with ozone to create a toxic compound.

Outdoor air pollution is caused by small particles, typically less than 2.5 microns, which come from a number of sources.

Traffic causes a large amount of outdoor pollution, in the form of car exhausts which emit nitrogen dioxide, a toxic gas that contributes to photochemical smog. This affects the body by inflaming the lining of the lungs and reducing the immunity to lung infections. Air pollution is also associated with burning fossil fuels such as coal, coal power plants, plus agricultural and industrial emissions.

High pollen counts reduce the quality of outdoor air by increasing the particle pollution. When pollutants and pollen mix, the pollen can be carried further into the lungs and can cause irritation.

In poorer countries, air pollution is caused by burning rubbish out in the open, coal and wood burning, getting rid of crop waste by burning and lighting animal dung for cooking and heating.

What should be done to reduce air pollution?

The WHO has issued air quality guidelines of 10 micrograms per cubic metre, but many people live in areas of a much higher concentration. In fact, some parts of China and India experience levels of over 100.

However, if countries manage to meet WHO's air quality guidelines, up to 1.4 million premature deaths could be prevented per year in the most polluted areas.

“The risks from air pollution are now far greater than previously thought or understood, particularly for heart disease and strokes,” says Dr Maria Neira, Director of WHO’s Department for Public Health, Environmental and Social Determinants of Health. “Few risks have a greater impact on global health today than air pollution; the evidence signals the need for concerted action to clean up the air we all breathe.”

You can find out more about reducing air pollution in the following article, How Would You Curb Air Pollution?

Anguil is thrilled to announce the official inauguration of the Anguil Environmental Systems Private Ltd headquarters in India.

With COP26 now on the cusp of reaching its conclusion, world leaders from all across the globe are putting the finishing touches to the collective agreemen... 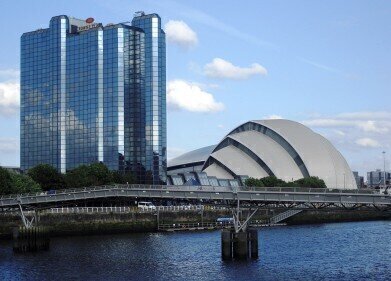 Yesterday, the curtain was lifted on the most significant Conference of the Parties to the UN Framework Convention on Climate Change (COP) since the Pari...

3 Pollution Issues on the Agenda at COP26