Find out more from ETC

New reports by the energy transitions commission set out path to electrify economy and grow complementary role for clean hydrogen.

The Energy Transitions Commission (ETC), a coalition of more than 45 leaders from global energy producers, energy industries, financial institutions and environmental advocates – including ArcelorMittal, Bank of America, BP, Development Research Center of the State Council of China, EBRD, HSBC, Iberdrola, Ørsted, Shell, Tata Group, Volvo Group and the World Resources Institute among others – released two new reports analysing the feasibility of achieving a net-zero greenhouse gas emissions (GHG) economy by 2050 and the actions required in the next decade to put this target within reach. Clean electrification will be at the heart of this transformation enabled by the rapidly falling costs of renewable energy, with a complementary role for clean hydrogen technology in sectors that are difficult or impossible to electrify.

Net zero by 2050 is possible
The Paris climate accord committed the world to limiting global warming to less than a 2°C increase from pre-industrial levels — and striving for no more than a 1.5°C rise in the planet’s average temperature. For this objective to be reached, the world needs to achieve net-zero GHG emissions by around mid-century. The ETC states that achieving a net-zero GHG emissions economy within the next 30 years is technically and economically feasible. A profound transformation of the global energy system is ahead – a net-zero GHG economy will be built on abundant, affordable zero-carbon electricity.

Pace of renewables deployment to be multiplied by 5-7 times by 2030
Electricity could represent up to 70% of final energy demand by 2050, versus 20% today, with total electricity use expected to grow as much as 5 times in the coming decades. Transitioning to clean electricity as the main source of final energy represents the cheapest and most efficient way to decarbonise the economy. The rapidly falling costs of renewables and storage solutions make it possible to achieve the required massive expansion of clean power systems at low cost, according to the reports. However, wind and solar must increase from today’s 10% of total electricity generation to about 40% by 2030, and over 75% by 2050. Annual wind and solar installations must therefore grow by 5-7 times by 2030, and more than 10 times by 2050. They must also be accompanied by the parallel deployment of other zero-carbon generation technologies (like hydro and nuclear), flexibility solutions, storage and power networks to deliver zero-carbon power systems at scale.

The ETC states that this is undoubtedly within reach if clear national strategies for decarbonisation are put in place and appropriate power market design unlocks private financial flows. Investments in renewable power, primarily wind and solar, will represent the vast majority (around 80%) of total investments required to achieve a net zero economy. Over $80 trillion of investment will be required globally over the next 30 years (ca. $2.5 trillion per annum on average). This includes investment in renewable generation to support both direct and indirect electrification, in addition to investment in electricity grid infrastructure. Whilst large, this represents less than 1.5% of global GDP and is manageable in the current macroeconomic environment.

Clean hydrogen production costs to be brought well below $2/kg by 2030
Clean hydrogen will play a complementary role to decarbonise sectors where direct electrification is likely to be technologically very challenging or prohibitively expensive, such as in steel production and long-distance shipping. A net zero GHG emissions economy by mid-century will likely need to use about 500 to 800 million tonnes of clean hydrogen per annum, a 5-7 fold increase compared to hydrogen use today. Green hydrogen, produced via the electrolysis of water, is likely to be the most cost-competitive and therefore the major production route in the long-term, due to falling renewable electricity and electrolyser equipment costs. It could account for approximately 85% of total production by 2050. However, blue hydrogen, produced from natural gas with carbon capture (with 90%+ capture rates) and low methane leakage (<0.05%), will play an important role in transition and in some specific very low-cost gas locations.

The report highlights how critical rapid ramp-up of production and use in the 2020s is to unlock cost reductions (bringing clean hydrogen costs below $2/kg) and to make mid-century growth targets achievable. However, even once clean hydrogen becomes cheaper than grey hydrogen, using hydrogen in different industry and transport sectors will often still impose a “green cost premium” compared to current high-carbon technologies. Public policy is therefore essential to drive uptake of clean hydrogen at pace. Policymakers will also need to anticipate growing hydrogen transport and storage needs. In total, 85% of investments required to ramp-up hydrogen production is for renewable electricity provision (included in the renewables investment above). Additionally, ca. $2.4 trillion ($80 billion per annum) will be required between now and 2050 for hydrogen production facilities and transportation & storage.

Critical milestones to be reached by 2030 to put 2050 targets within reach
“We now have the technologies to completely decarbonise electricity generation at low cost: and electrification is the key to zero carbon production in most of the economy. By mid-century even rich developed countries will need 2-3 times as much electricity as today, and developing economies 5-10 times as much. Governments, businesses and investors need to recognise the scale of the new industrial revolution required and the huge opportunities it creates,” Lord Adair Turner, Chair, ETC.

With regards to power, the ETC recommends that developed countries should achieve grid emissions intensity below 30gCO2/kWh by the mid-2030s and developing countries by the mid-2040s. To achieve those medium-term objectives, critical actions in the 2020s include:

“The ETC demonstrates that rapid decarbonisation of the global power system is desirable, attainable and affordable. It's the bedrock of the Race to Zero emissions and provides the expansion of zero carbon power needed for other sectors to also decarbonise. The ETC highlights how countries setting out clear strategic plans for electrification and decarbonisation will enable companies and innovators to deliver the massive increase in clean power needed,” Nigel Topping, UK High Level Climate Action Champion, COP26

Meanwhile, public policy needs to pull forward clean hydrogen demand in the 2020s to drive production volumes up (reaching 50 million tonnes by 2030). This requires a rapid decarbonisation of hydrogen production for already existing uses and accelerated technology development, piloting and early adoption of hydrogen in other key sectors with lower levels of technology readiness but large potential demand, like steel, shipping and synthetic aviation fuels. Instruments to achieve that early demand growth, while supporting the scale-up of clean hydrogen supply, include:

“Clean hydrogen will be key to decarbonising sectors where direct electrification is impossible or too expensive. Steel can be made zero carbon using hydrogen as the reduction agent; ocean-going ships will likely burn ammonia made from green hydrogen: and hydrogen can provide electricity when the wind isn’t blowing and the sun not shining. In total the world may need to produce and use 5-7 times as much hydrogen as today, and there are no inherent barriers to achieving that. But strong public policy support and visionary private investment is needed to drive clean hydrogen growth at the fast pace now required,” Lord Adair Turner, Chair, ETC.

“Green hydrogen made from renewable electricity will be the best complement to deep electrification to achieve a sustainable and decarbonised energy sector. It will bring investment opportunities and qualified jobs, while making our economy cleaner and more competitive. Policy commitments to scale up this new economy are necessary and will bring important economic and environmental benefits in the years to come,” Agustin Delgado, Chief Innovation and Sustainability Officer, Iberdrola.

Find out more from ETC

Energy Transitions Commission was referenced in the following research papers 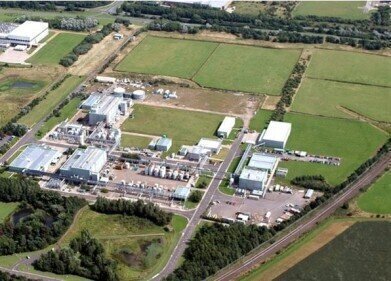 JLEN, the listed environmental infrastructure fund, is pleased to announce the acquisition of a 100% equity stake in Cramlington Renewable Energy Developm... 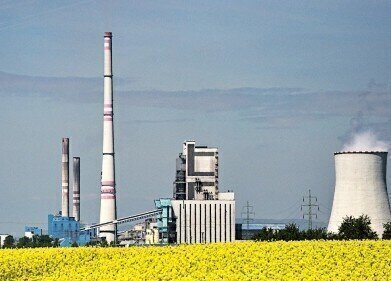 As a sustainable and relatively clean alternative to fossil fuels, biofuels are growing in popularity among the driving community. Biomethane and biodiesel a...

What Are the Benefits of Biofuels for Industry Users? 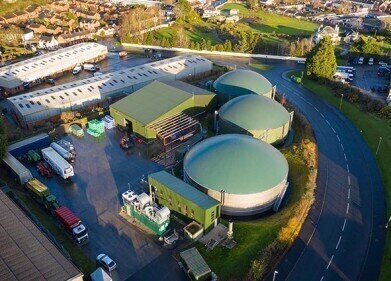 Biomethane to be used as a Truck Fuel 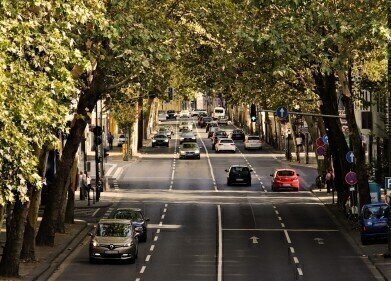 Biofuels are an emerging and environmentally friendly alternative to traditional sources of fuel, such as oil, coal and gas. Derived from organic matter, bio...

How Are Biofuels Used?