Climate change could be affected by earthquakes

Earthquakes could be contributing towards climate change, according to new research. A new study has suggested that earthquakes could lead to the release of methane that is held in pockets within the earth. These pockets are generally located at sub-sea level and can be released by the shifting of tectonic plates.

A new study performed by German and Swiss scientists has suggested that methane can be released from sub-sea pockets during earthquakes. The scientists drilled cores of sediment from the Arabian Sea bed in 2007. After studying the cores, one of them - taken from only 5.2 feet below the seafloor - contained methane hydrates. Levels of the mineral barite were also located, as well as water signatures between some grains of sediment.

All of these findings suggest that the methane had surged up through the rock and sediment that forms the seabed. The evidence also suggests that this surging has happened over recent decades. Scientists then began researching what could have caused the methane release in the area and found that a large earthquake had affected the area.

David Fischer of the MARUM institute at the University of Bremen said: "We started going through the literature and found that a major earthquake had occurred close by in 1945. Based on several indicators, we postulated that the earthquake led to a fracturing of the sediments, releasing the gas that had been trapped below the hydrates into the ocean."

The 8.1-magnitude earthquake was the largest that has ever been detected in that area. Scientists suggest that this could have caused a rupture in the Nascent Ridge gas reservoir, causing the methane to begin travelling up through the seabed. According to the research paper, published in 'Nature Geoscience', around 7.4 million cubic metres of methane surged through the seabed over the decades following the earthquake.

It could be possible that other earthquakes have had similar effects and have also led to the release of naturally-formed methane gas.

Vattenfall and St1 have signed a Letter of Intent to develop a fossil-free value chain for production of synthetic electro fuel and the next step is to joint... 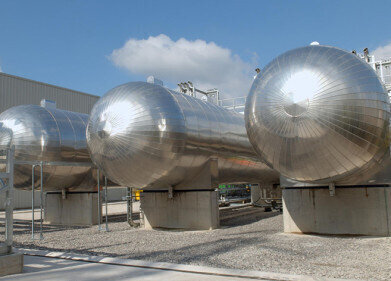 Tata Chemicals Europe (TCE) has opened the UK’s first industrial scale carbon capture and usage plant, signalling a key milestone in the race to meet the U... 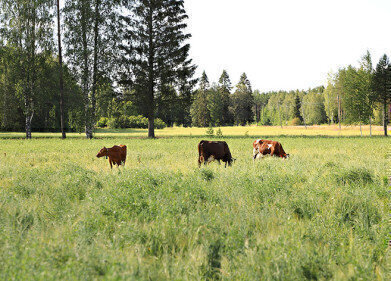 Methane emissions in milk production fell in 1960–2020 by an overall 57 per cent, and by 35 per cent for each litre of milk. This reduction is achieved thr...

Total methane production in milk production reduced by 57 per cent in 60...

With climate change an increasingly ominous threat on the horizon, governments around the world are now taking concerted steps towards reducing their nationa...